I joined the Department of Modern Languages in Dietrich College of Humanities and Social Sciences at Carnegie Mellon University in August 2018, moving from the UK to the US to become Director of The Global Languages & Cultures Room. This is a unique facility exploring language, culture and identity through the use of digital storytelling and new immersive technologies.

Previously I worked at the University of Southampton as Digital Lead, managing the Digital Learning Team, moving to Higher Education after working in Further Education as a Head of Creative Arts which included Gaming & Computing, Art and Design, Performing Arts and Music.

Initially, I trained as a filmmaker, working in feature film production before moving to the BBC and into documentary. I worked for BBC People as a Content Producer for Informal Learning, creating online films on subjects as diverse as philosophy, journalism, values and ethics.

I’ve been described as a creative educator, and its true that I’m interested in applied learning, exploring concepts through making and collaborating between disciplines. Often my approach is informed by design thinking, a process of experimentation and play, whether that’s in my teaching or research work.

You’ll find my work online in a few different spaces… 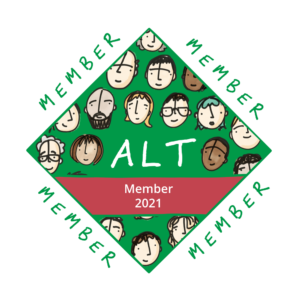